Welcome to Systems Performance: Enterprise and the Cloud, 2nd Edition! This book is about the performance of operating systems and of applications from the operating system context, and it is written for both enterprise server and cloud computing environments. Much of the material in this book can also aid your analysis of client devices and desktop operating systems. My aim is to help you get the most out of your systems, whatever they are.

When working with application software that is under constant development, you may be tempted to think of operating system performance—where the kernel has been developed and tuned for decades—as a solved problem. It isn’t! The operating system is a complex body of software, managing a variety of ever-changing physical devices with new and different application workloads. The kernels are also in constant development, with features being added to improve the performance of particular workloads, and newly encountered bottlenecks being removed as systems continue to scale. Kernel changes such as the mitigations for the Meltdown vulnerability that were introduced in 2018 can also hurt performance. Analyzing and working to improve the performance of the operating system is an ongoing task that should lead to continual performance improvements. Application performance can also be analyzed from the operating system context to find more clues that might be missed using application-specific tools alone; I’ll cover that here as well.

The main focus of this book is the study of systems performance, using Linux-based operating systems on Intel processors as the primary example. The content is structured to help you study other kernels and processors as well.

Across my career I’ve worked with a variety of different operating systems and kernels, and this has deepened my understanding of their design. To deepen your understanding as well, this book includes some mentions of Unix, BSD, Solaris, and Windows.

Example screenshots from performance tools are included, not just for the data shown, but also to illustrate the types of data available. The tools often present the data in intuitive and self-explanatory ways, many in the familiar style of earlier Unix tools. This means that screenshots can be a powerful way to convey the purpose of these tools, some requiring little additional description. (If a tool does require laborious explanation, that may be a failure of design!)

Where it provides useful insight to deepen your understanding, I touch upon the history of certain technologies. It is also useful to learn a bit about the key people in this industry: you’re likely to come across them or their work in performance and other contexts. A “who’s who” list has been provided in Appendix E.

A handful of topics in this book were also covered in my prior book, BPF Performance Tools [Gregg 19]: in particular, BPF, BCC, bpftrace, tracepoints, kprobes, uprobes, and various BPFbased tools. You can refer to that book for more information. The summaries of these topics in this book are often based on that earlier book, and sometimes use the same text and examples.

This book focuses on performance. To undertake all the example tasks given will require, at times, some system administration activities, including the installation or compilation of software (which is not covered here).

The content also summarizes operating system internals, which are covered in more detail in separate dedicated texts. Advanced performance analysis topics are summarized so that you are aware of their existence and can study them as needed from additional sources. See the Supplemental Material section at the end of this Preface.

How This Book Is Structured

Chapter 3, Operating Systems, summarizes kernel internals for the performance analyst. This is necessary background for interpreting and understanding what the operating system is doing.

Chapter 4, Observability Tools, introduces the types of system observability tools available, and the interfaces and frameworks upon which they are built.

Chapter 5, Applications, discusses application performance topics and observing them from the operating system.

Chapter 11, Cloud Computing, introduces operating system– and hardware-based virtualization methods in common use for cloud computing, along with their performance overhead, isolation, and observability characteristics. This chapter covers hypervisors and containers.

Chapter 12, Benchmarking, shows how to benchmark accurately, and how to interpret others’ benchmark results. This is a surprisingly tricky topic, and this chapter shows how you can avoid common mistakes and try to make sense of it.

Chapter 13, perf, summarizes the standard Linux profiler, perf(1), and its many capabilities. This is a reference to support perf(1)’s use throughout the book.

Chapter 16, Case Study, contains a systems performance case study from Netflix, showing how a production performance puzzle was analyzed from beginning to end.

Chapters 1 to 4 provide essential background. After reading them, you can reference the remainder of the book as needed, in particular Chapters 5 to 12, which cover specific targets for analysis. Chapters 13 to 15 cover advanced profiling and tracing, and are optional reading for those who wish to learn one or more tracers in more detail.

Chapter 16 uses a storytelling approach to paint a bigger picture of a performance engineer’s work. If you’re new to performance analysis, you might want to read this first as an example of performance analysis using a variety of different tools, and then return to it when you’ve read the other chapters.

As a Future Reference

This book has been written to provide value for many years, by focusing on background and methodologies for the systems performance analyst.

To support this, many chapters have been separated into two parts. The first part consists of terms, concepts, and methodologies (often with those headings), which should stay relevant many years from now. The second provides examples of how the first part is implemented: architecture, analysis tools, and tunables, which, while they will become out-of-date, will still be useful as examples.

We frequently need to explore the operating system in depth, which can be done using tracing tools.

Linux perf is also included in this book and is another tool that can do tracing. However, perf is usually included in chapters for its sampling and PMC analysis capabilities, rather than for tracing.

You may need or wish to use different tracing tools, which is fine. The tracing tools in this book are used to show the questions that you can ask of the system. It is often these questions, and the methodologies that pose them, that are the most difficult to know.

The intended audience for this book is primarily systems administrators and operators of enterprise and cloud computing environments. It is also a reference for developers, database administrators, and web server administrators who need to understand operating system and application performance.

As a performance engineer at a company with a large compute environment (Netflix), I frequently work with SREs (site reliability engineers) and developers who are under enormous time pressure to solve multiple simultaneous performance issues. I have also been on the Netflix CORE SRE on-call rotation and have experienced this pressure firsthand. For many people, performance is not their primary job, and they need to know just enough to solve the current issues. Knowing that your time may be limited has encouraged me to keep this book as short as possible, and structure it to facilitate jumping ahead to specific chapters.

Another intended audience is students: this book is also suitable as a supporting text for a systems performance course. I have taught these classes before and learned which types of material work best in leading students to solve performance problems; that has guided my choice of content for this book.

Whether or not you are a student, the chapter exercises give you an opportunity to review and apply the material. These include some optional advanced exercises, which you are not expected to solve. (They may be impossible; they should at least be thought-provoking.)

In terms of company size, this book should contain enough detail to satisfy environments from small to large, including those with dozens of dedicated performance staff. For many smaller companies, the book may serve as a reference when needed, with only some portions of it used day to day. 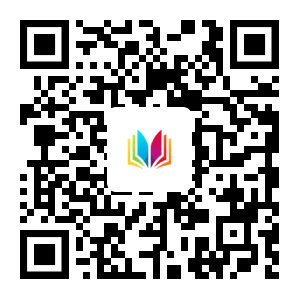